BOXING DAY AT THE SPEEDWAY 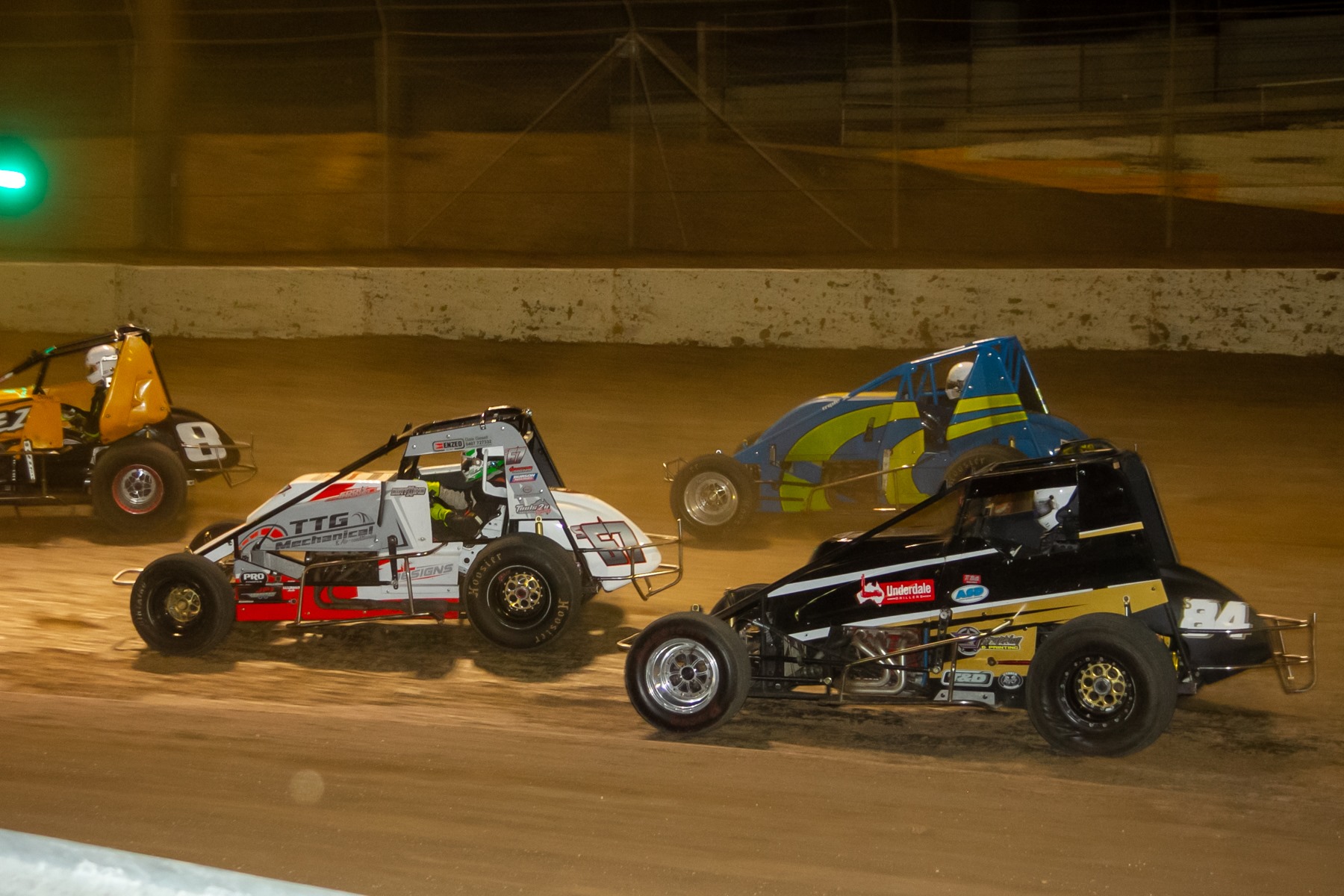 As Christmas rolls around for another year, this also usually means that World Series Sprintcars will be rolling into town; however, like many other events nationwide, the series was unfortunately affected by Covid-19. Nevertheless, Murray Bridge Speedway is still set to go racing this Boxing Day Night - December 26th, 2020.

A stellar field of Wingless Sprints headlines the program, with 30+ cars nominated, with drivers very keen to get in some crucial lap time with the recent announcement that their Australian Championship is set to go ahead here at MMS on February 26th & 27th 2021. The three previous Wingless Sprint Features this season has seen three different winners so far, with Joel Chadwick and Jack McCarthy both returning chasing their second MMS Feature wins. Former Australian Street Stock Champion Rhys Heinrich makes his first Wingless Sprint appearance at Murray Bridge this meeting, joining the likes of Kirby Hillyer, Anthony Tapley, Keke Falland, Brett Ireland and Robert Heard. While Victorians Boyd Harris, Jeremy Pearson, Luke Weel and Christopher Halesworth will make the journey across the border.

Modlites return for their second appearance this season, with the event making up the first leg of ‘Santa’s Covid Cup’ - before heading to Mt Gambier on the 28th. Brook Alexander, Andrew Launer, Trevor Knuckey and Brian Chadwick are just a few of the drivers in amongst the handy 14-car field.

A small field of Late Models are also on the program, with Mat Crimmins and Mark McCarthy having a great tussle so far this season.
Junior Sedans have enjoyed a strong line-up of drivers at all of our previous Club Show events, with this meeting seeing the field split into 2 divisions, giving this season’s newcomers a little more time to settle into their driver’s seats.

The night finishes with the always entertaining Demolition Derby, with a tidy field of 18 cars set to smash’n’crash until there is just one car left running. Joseph Williams is the reigning Open Demolition Derby Champion - so just who will claim the honours this time around?

Racing starts at the later time of 6pm, with public gates opening from 5pm. Due to ongoing Covid Restrictions, tickets are only available online via www.speedwaytickets.com.au

Murray Bridge Speedway takes this opportunity to wish all of our staff, volunteers, officials, drivers, support crew, sponsors and our racefans a safe and Merry Christmas!