WRECK IT FOR THE RECORD 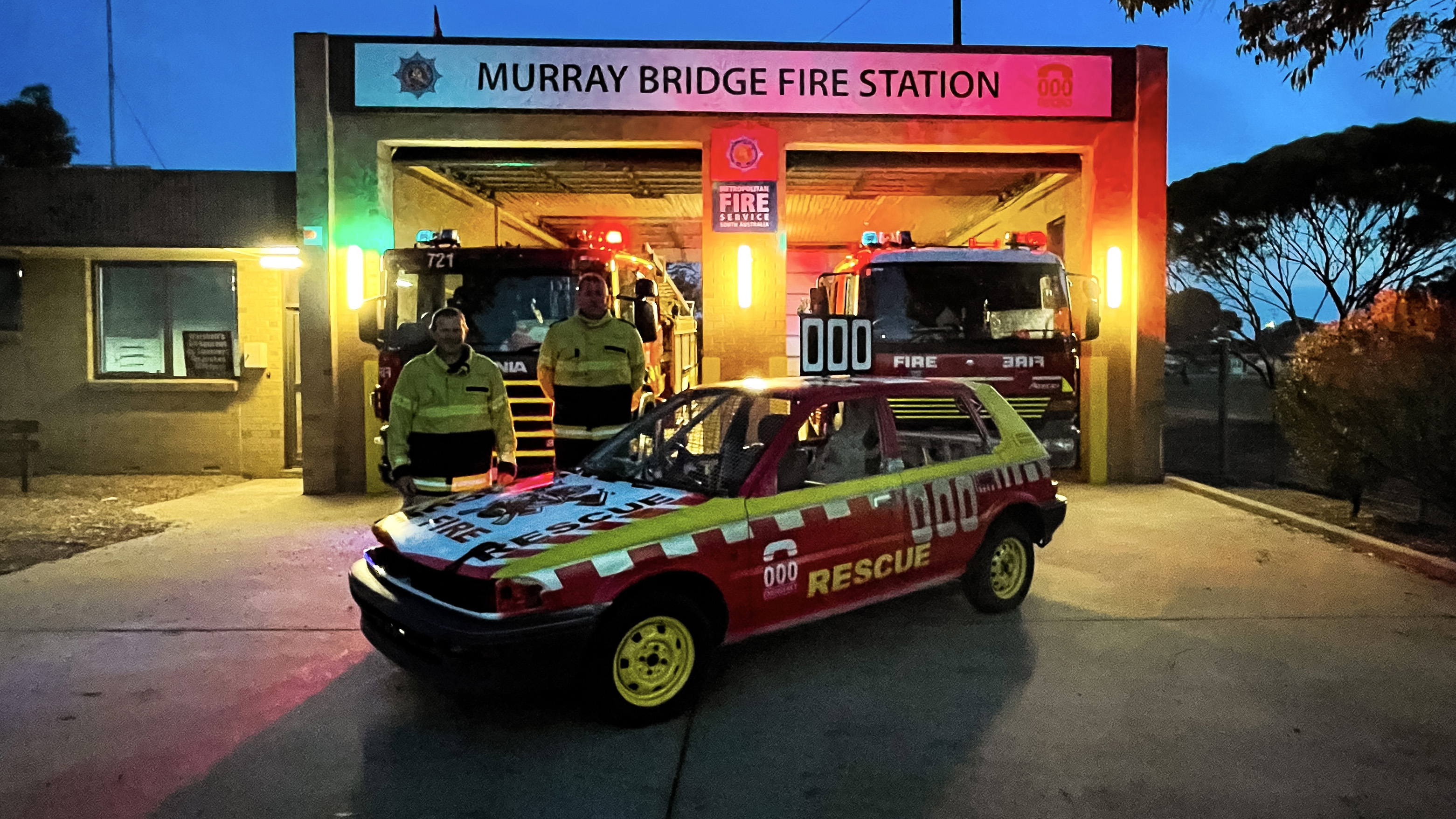 This weekend, Saturday, April 17 will see the running of the 'Demolition Derby World Record Attempt' to be held at Murray Machining & Sheds Speedway, Murray Bridge.

This will be Murray Bridge Speedway's third attempt at breaking the record, with the current record set in Canada on 3rd August 2019, with 125 cars participating in a single Demo Derby event.

“We really want to break the record,” Venue Administrator Darren Shaddock said, “this will be our third attempt and we really want it this time around.”

The venue’s previous best attempt was in 2019, with 113 cars participating in the event, before last year’s attempt was postponed due to the Covid-19 outbreak.

Many locals are really getting behind the event, including the Murray Bridge Fire Station, who have decked out their Toyota Corolla Rescue ‘000’ entry (pictured).

With 115 cars already nominated to enter the U-Pull-It sponsored night, the venue is on track to better their own attempt, but the hype is certainly building up to what may be a new world record.

...and if they do happen to break the existing record?

“Then there would be nothing better to see 150 cars next year to beat our own new record,” Shaddock added.

The night’s event will also see the running of the MJS Street Stock Series, with cars travelling from around the state to contest the series.

Nominations include the current Top 4 in the Series Point Standings after the first 3 Rounds, with Nathan Thorne the series points leader (435 points), followed by Jayden Edwards (416 points), Sam Brumfield (416 points) and Nigel Reichstein (415 points). They are joined by Street Stock regulars Carey Weston and Craig Buchanan who have both enjoyed feature wins here this season.

Super Sedans, Wingless Sprints and Modlites round out the support sections on the night.

Tickets are selling fast via: www.speedwaytickets.com.au

Demo Derby
Early Nominations = 115
Late nominations still being accepted - but you'll have to wait until Saturday night to find out the total tally! Can we break the record???